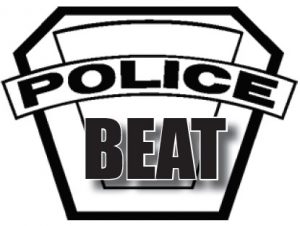 Officer Gary McGee received a report about a possible breaking and entering at Parking Lot #13 on Feb. 5, at 4:19 p.m. According to the police report, a UA Little Rock student returned to her car after class and noticed that the vehicle’s front window was broken and the glass from it was on the ground. The driver reported to McGee that her backpack, containing medical insurance paperwork, lip gloss and a purple stun gun, was missing from the car.

Officer Christina Cordell responded to a call at the Donaghey Student Center on Feb. 6, at 11:48 a.m. According to the police report, a witness called Campus Police after hearing “yelling and banging” from the men’s bathroom near her office. After investigating the bathroom, Cordell found the western-most bathroom stall door was broken from the hinges and leaning against the wall.

According to the police report, the witness said shortly after the commotion she saw three young men standing directly outside the bathroom. The witness did not recognize the individuals, but gave their description to Officer Cordell.

Officer Gary McGee was dispatched to Building 4 of the University Village for a fire alarm on Feb. 5, at 3:36 p.m. According to the police report, McGee arrived at the scene and spoke with the Housing Director, Austin Rose. Rose said the alarm was triggered due to a malfunctioning pull station on the first floor of Building 4. Once the Little Rock Fire Department arrived at the scene, they were unable to reset the fire panel. Tony Peitz of campus Environmental Health & Safety was contacted to come to the building and reset the panel.

On Feb. 1, at about 11:00 a.m., Officer Mayor received a phone call about a disturbance in the ETAS building between a student and the professor. According to the professor, his students were giving speeches to the class when it was time for the student in question to give theirs. Upon getting up to give the lecture, the student wanted help with the speech but the professor refused to help so the student reacted by getting upset and “threatening to fight him”. As a result, the professor told his staff to call the police.

According to the student, he was giving his speech when he “voiced his opinion” and stated that he needed the professor’s help.  The student did admit, however, that he did get loud and disturbed the class. The student was told not to attend class the next day while the professor talked to the dean. There have been no further incidents.

On Jan. 31, at about 2:14 p.m., Officer Rodney Barnes received a call about a lost or stolen wallet at or near Ross Hall. Inside was an Arkansas drivers license, an Arvest Bank card, a $50 and $70 check, $2 in cash, a UA Little Rock student ID, and a military ID. The case is still active.

On Jan. 30, Officer Gavin Hurst received a call from the University Village about lost or stolen property. In the report, the victim stated that he he put his keys, phone, wallet, and UA Little Rock student ID down to play basketball after class. When he finished playing, all his items were missing and he looked everywhere and still could not find them. The case is still active.

The female driver stated that she merged into the right lane on Asher Ave and turned her signal on beforehand. She also stated that the male driver sped up and hit the side of her car. After the police looked at the damage, it was all very minor and both vehicles were still functional with no injuries to either of the drivers.

On Jan 28, Officer Scott Bruce noticed a vehicle that had been sitting in the University Plaza parking lot for over a week. According to the report, the vehicle seemed as if it was in some sort of wreck and had no forms of contact information inside. Due to this, Officer Bruce believed that the vehicle was abandoned and called Asher Wreck to take it away.

On Jan. 22, Officer Rodney Barnes followed up on a case about a series of harassing phone calls to the TRIO Pre-College Outreach Center. According to the UALRPD report, the calls started six months ago on Mondays through Fridays around 3:00 p.m. but stopped for about two months, until starting again on Jan. 9. The phone calls “started at the front desk of the office and then worked it’s way to the back to each individual office including the fax machines.”

The report stated that the unknown caller would say things like; “I love you Sara,” “Come outside,” “I see you,” and make “non-verbal noises” over the phone. The victim stated that every call had a blocked number. UALRPD is still investigating the case.

On Jan. 22, at about 4:47 p.m., Officer Gary McGee was assisting a semitrailer at the SSC Loop when, according to his report, the rear driver’s side wheel drove onto the triangle shaped mulch area near the entrance of the Loop, got hooked on a sprinkler hose and pulled the hose out of the ground. At about 5:05 p.m., the driver was able to clear the area and Officer McGee contacted UALR:Facilities/Ground to make them aware of the incident, and an information/property damage report was made due to unknown damages.

On Jan. 23, at about 9:53 a.m., Officer Roy Mayo received a call about a property damage accident at the parking lot of the Arts & Design building. According to the report, a driver hit the left rear bumper of another vehicle when he went to turn into the parking space. Both vehicles had an estimated $1,000.00 in damages.

On Jan. 23, at about 3:16 a.m., Corporal Steven Bass got a call from monitoring company Triple S Alarms about a fire alarm in room 304A of the Windgate Building of Art and Design. The Little Rock Fire Department found no signs of smoke or fire.

On Jan. 22, at about 8:o3 a.m., Officer Rodney Barnes was called to room 120 in North Hall for a fire alarm. According to the police report, the alarm was set off by a resident cooking breakfast. The resident opened all the windows to eliminated the smoke.

Additionally, UALRPD are also still investigating some on-campus thefts since the new year. The thefts included vehicle tags from Sodexo catering vans, a pair of shoes from the locker rooms at Jack Stephens Center, and a brown Razorback wallet containing $100 cash.

The theft of a UA Little Rock student’s backpack was investigated Thursday. Officer Tonya Carter reports that the complainant said they had attended a soccer game Wednesday night at the Coleman Sports and Recreation Complex. While there, the student sat his backpack down by the bleachers at 5:15 p.m., and when he went to retrieve it at 9 p.m., it was gone. The student has since cancelled his missing debit card and has been advised to report any charges on his account.

The theft of a UA Little Rock student’s wallet was investigated Monday, Nov. 6. Officer Rommel Benjamin met with the complainant who reported the missing wallet. The student says that on Sunday, Nov. 5 he left his wallet on the gym floor in the Donaghey Student Center before playing basketball at 5 p.m. He would intermittently check the area to make sure it was still there, but when he went to retrieve the wallet at 7 p.m. it was missing. The complainant says that there was a large group of students watching the game, but he hadn’t witnessed anybody from the group pick up his wallet. The student has since cancelled their debit card and was advised to monitor their student account for any strange activity.

The theft of UA Little Rock property was investigated Monday, Nov. 6. Three Dell laptops worth $2,000+ went missing from the Ottenheimer Library. Officer Christina Cordell reports speaking with a UA Little Rock staff member who says that the laptops were first noticed missing Wednesday, Nov. 1. According to the staff member, they waited to report the laptops until they had completed a full inventory of their items. After completing inventory, the three laptops were reported missing.

According to the staff member, the only people with access to the room the laptops were stolen from are the staff of 508 and the custodial staff. The staff member reported that she had previously requested the custodial staff to remove a trashcan of books from the room. On Nov. 1, she noticed the trashcan of books was missing in addition to the laptops.

A UA Little Rock officer was dispatched to investigate a fire alarm at a North Hall room on Tuesday at 10:27 a.m.

According to a report by Officer Christina Cordell, the resident said that they were cooking bacon and forgot to ventilate the area. Cordell noted in her report that the room smelled of burned bacon. The Little Rock Fire Department arrived on the scene, cleared the room and reset the alarm.

Cordell was dispatched to investigate a second fire alarm at a North Hall room on Tuesday at 1:50 p.m. According to Cordell’s report, a UA Little Rock student said that they were burning potpourri on the stove and left it for too long. Cordell confirmed that there was no fire. The LRFD cleared the room and reset the alarm.

Campus police responded to a trashcan fire at the entrance of Ross Hall Wednesday at 3:48 p.m.

According to Officer Gary McGee’s report, the trashcan fire appeared to be started by a cigarette. McGee was given an extinguisher from a UA Little Rock employee at 3:49 p.m., and extinguished the fire by 3:52 p.m. At 3:53 p.m., UALR Physical Plant arrived to replace the trashcan.

Two UA Little Rock officers conducted a traffic stop on W Campus Drive on Sunday at 12:12 a.m. According to the police report, the driver was driving the wrong way down a one way road when they were stopped by the officers. The driver was issued a Pulaski County Citation for Wrong Way on a One Way.