In an epic championship game, number-one seed Little Rock (LR) won against two-seed Texas State in the Sun Belt Tournament tonight. LR edged out a one-point, 54-53 victory at the Lakefront Arena in New Orleans. With the victory, LR won its fourth Sun Belt Championship, the most for any team in the conference. This was […]

Little Rock (LR) men’s basketball season ended yesterday in a 93-64 defeat in the first round of the Sun Belt Tournament. LR came in as the 12th seed and faced the fifth seed Appalachian State on the first day of tournament play. App St. defeated LR twice during the regular season, one loss coming on […]

Before they left for their final regular season games and the Sun Belt Conference Tournament, the Little Rock (LR) women’s basketball program sat down with the Forum to take part in the “10 Questions” interview series. The Forum wants to thank the team for their honesty and humility. The team repeated as regular-season Sun Belt […]

Little Rock (LR) men’s basketball pulled off an upset for the ages this past Saturday. On March 3, LR won in overtime against the Louisiana Ragin’ Cajuns, the second-ranked team in the mid-majors and first in the Sun Belt Conference. The victory was exactly what the team needed entering the Sun Belt Tournament. A couple […]

The Jack Stephens Center was rocking last night as Little Rock (LR) honored its seniors in their final home games of the season. LR hosted Appalachian State with the women winning a blowout 61-35 and the men losing 69-67 in a very exciting matchup. The victory gained the women their second consecutive Sun Belt Conference […]

Last night, Little Rock (LR) men’s and women’s basketball hosted Coastal Carolina at the Jack Stephens Center in games which saw the women win 53-44 and the men fall 65-60. LR’s star forward Ronjanae DeGray started the game’s scoring after Monique Townson turned a steal into an assisted hoop by DeGray. LR jumped out to […]

On Feb. 3, Little Rock (LR) men’s and women’s basketball hosted Georgia State at the Jack Stephens Center. The women’s team managed to pull out their 11th straight victory and remain undefeated in conference play. The game was a defensive battle throughout. The Panthers 2-3 zone defense bottled LR’s offense in the first quarter. Georgia […]

Friday and Saturday, Little Rock’s (LR) track and field program competed in Jonesboro at the A-State Invitational. LR’s women’s program acquired three individual first-place finishes as well as a win in the 4 X 400-meter relay. The men’s team finished second in their 4 X 400-meter relay and added several top-five finishes. The team of […] 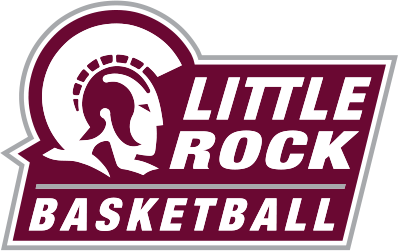 Little Rock (LR) men’s basketball began its season tonight on Homecoming Weekend. The Trojans hosted Ouachita Baptist University (OBU) in a thrilling game at the Jack Stephens Center. LR’s fan base was in full force for the homecoming game and the Trojans gave them a lot to cheer about. OBU won the contest, but it […]

In their second game of their Texas road trip, Little Rock (LR) women’s volleyball fell to Texas State (20-8, 11-2 Sun Belt). Texas State dominated the match winning the first and third sets 25-16, respectively. They also won the second set 25-21. The Trojans held leads in each set and appeared as if they were […]