Johnathan Jones has been leaving his mark on every track he’s touched across the country during this current season with the UA Little Rock Track and Field Team. Since his middle school years, Jones has specialized in the high jump event, jumping for Pulaski Heights and moved on to jump for Central High School.

Jones was redshirted during his Freshman year, but the amount of recognition he has received this year definitely makes up for it. Jones was honored with the award of Silver Medalist in the Sun Belt Conference and has broken U-A Little Rock’s school record a stunning total of four times.

Jones is also the school record holder for indoor and outdoor, tied for 17th in the nation for indoor, and notably cleared 7’1 (2.16 meters) at the South Alabama Invitational in February of this year.

Of course, to get this type of recognition and earn these levels of success, work has to be put in behind the scenes. At times it can be difficult, but Jones says that he faces these challenges head-on by living by the mantra, “Believe in yourself because hard work is worthless for those that don’t believe in themselves.”

Undoubtedly, Johnathan Jones is an athlete to watch out for. His skills and potential are more than impressive, and he can only continue to become greater. 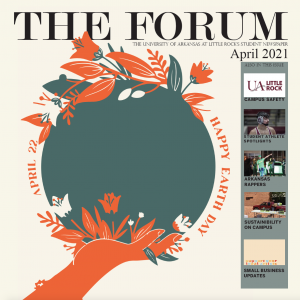