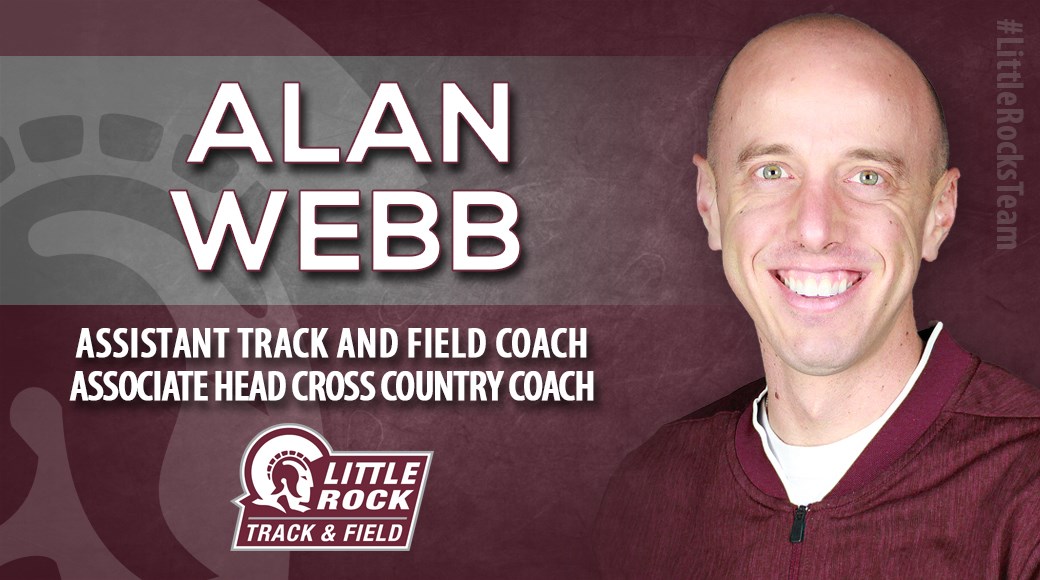 Alan Webb is a record-holder and an Olympian, but he has recently moved to Arkansas to take over an associate head cross country and assistant track coach position for athletics here at UA Little Rock.

Webb knew he loved running from a young age, but wanted to keep working to get better.

“I got into running in elementary school, when they had the mile run, and I did well, and I liked seeing myself improve,” he said. “I felt like when I would prepare and practice, I grew and got better. I fell in love with the improvement part of it.”

When Webb was able to run in high school, he jumped to take advantage of the opportunity.

“I wanted to get better and once I got to high school, I fully committed to running,” he said. “I succeeded a lot in high school and set some records I never dreamt of setting when I started running. Still, I didn’t set goals until they were realistic and achievable.”

The journey to the Olympics for Webb was different than that of other Olympians.

“Going to the Olympics was accomplishing one of my lifetime goals,” he said. “I struggled some after high school, but I felt like I persevered and really put my head down the fall of 2003 and worked harder than I’d ever worked before. I did more than I’d ever done. By the time I got to the trials, I had improved in mental toughness, speed and strength. I was proud to overcome that down part of my life.”

Being an Olympian is not the only part of his life that Webb is proud of.

“I would say what I’m most proud of is that once my running career ended, I had the perspective to recognize what is most important to me,” he said. “Having my faith and becoming much stronger in my faith in God led me to be a better husband, better father and I hope a better coach, too. It helped me recognize the high, high value in helping others. My new calling as a coach has come from that. I realized I have all these experiences as a runner, and I can give all that back to other athletes.”

Once Webb knew he wanted to be a coach, he started seeking out opportunities to be a full-time coach.

“I was living in Portland before Little Rock and we didn’t want to move, but I knew being a collegiate coach would require that,” he said. “That just led me to realize I wasn’t doing what I should be doing. I missed being fully into track and field, I didn’t want running to be part time. I applied [at UA Little Rock]. I felt like coming here was a place that very much interested me, because I felt like I could win here. The program as a whole is being built up and I felt like I could move things in the right direction with the distance runners. It goes back to wanting to improve with running, it’s the same with coaching.”

His care for his athletes and the students he works with shows in each and every one of his interactions and words.

“I love the athletes, getting to know them and getting to know what they need as athletes, and trying my 100 percent best to help guide them so they can accomplish their goals is my favorite part [of campus],” he said. “If I can help them get better at running, I know it can help in other areas. There’s a genuine need to have a coach be an objective servant of an athlete. It’s proven that the most successful athletes have a coach. I benefited greatly from my coaches, and I want to be that for them.”

Webb has high hopes for the UA Little Rock’s running program in the future.

“The first thing is that I want everyone to get better,” he said. “Everyone should leave better than they came, and if we can do that, I’d like to win some championships with the team and individually. It’d be nice to get people their own wins. The process to get there is to create the right culture where everybody is here to work hard and give 100 percent effort on and off the track.”

Every piece of advice Webb gives about running to his athletes is peppered with the passion he has for the sport and coaching.

“Don’t focus too much on the end result, focus more on the process of pushing yourself and set realistic, intermediate goals,” he said. “Nobody can guarantee an end result, but you can control how you go about each day. You have to enjoy the work and pushing yourself. You won’t get anywhere without that. Love the work that you do. If you enjoy working hard, you will get better.”