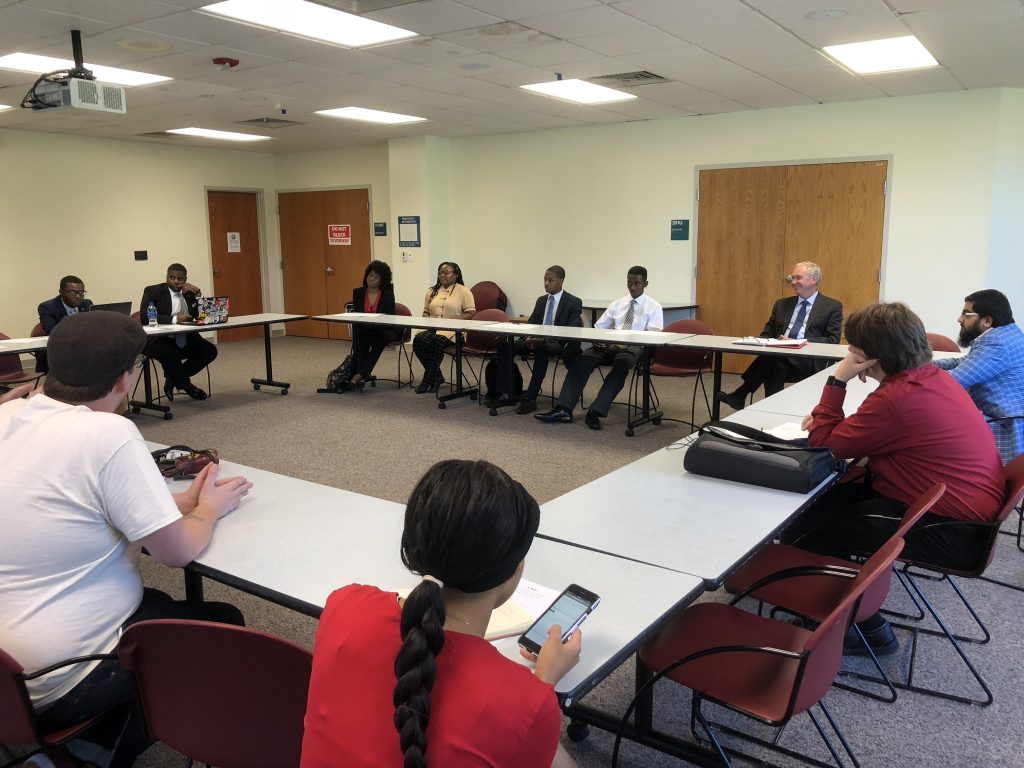 Chancellor Rogerson visited the SGA and answered questions from senators on everything from plans for eStem, the new Sodexo options, campus safety, and the current UA Little Rock budget crisis.

Senator Katie Zakrzewski suggested holding a joint SGA meeting between UA Little Rock’s senate and eStem’s student government in order to address tensions between the student bodies, an idea which Rogerson seconded. He cited congestion during the school’s lunchtimes as one such problem.

“Someone at some point needs to invest more money,” Rogerson says, “clearly, they need their own dining facility.”

According to him, UA Little Rock administrators will meet with eStem directors soon to revisit several provisions of their agreement, including whether not to allow eStem to annex several classrooms in Ross Hall.

“It’s not been well thought out. We need a new memorandum of understanding”.

A few senators also addressed some of their individual safety concerns around campus. In response, the Chancellor says that he will look into “beefing up” the police presence for escorting students at night, and that the administration will consider improving the lighting between the University Village apartments and the main campus.

Regarding the current budget crisis, Chancellor Rogerson emphasized that none of the upcoming changes will affect current students or the curriculum. He dismissed rumors about plans to cut teaching assistant positions, stating that last week’s rumors about cutting all adjunct staff were just to mobilize the faculty.

The university plans to thin down the faculty only slightly so that the curriculum is not affected. In Rogerson’s view, these cuts may actually benefit students because they would force faculty to self-reflect and focus only on what is “essential to keep students on track.”

Overall, the university’s goals are to address the drop in undergraduate enrollment, improve its public image, and increase student engagement. The Chancellor promised the senate that he would provide a list of the specific impacts this budget crisis will have on students at an open forum on Oct.15.